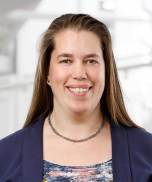 Jolanda van der Noll studied Political Science (Leiden University, the Netherlands) and Migration, Ethnic Relations and Multiculturalism (MERM; Utrecht University, the Netherlands). She was a fellow at the Bremen International Graduate School of Social Sciences (BIGSSS) at Jacobs University Bremen in Germany, where she was awarded her Ph.D. (Political Science) in 2012. Jolanda van der Noll was awarded a two-year research grant by the Académie Universitaire de Louvain, co-funded by the Marie Curie Actions of the European Commission to work at the Centre for Psychology of Religion (Universitaire catholique de Louvain, Belgium). In September 2014 Jolanda joined the Chair of Community Psychology at the FernUniversität Hagen.

I have a broad interest in political psychology and intergroup relations. My current research deals with (1) acceptance of cultural diversity, Islamophobia and perceived value conflicts; (2) Attitudes towards religion and the role of religion in society; and (3) the intersectionality between religion and gender. My research is mainly based on (quantitative) analyses of survey data. Recently, I however also started to analyse the representation of Muslims and Islam in the (German) media.