Every society and every time period has its own figurations of uncertainty. The research group investigates the historically variable strategies, mechanisms and cultural techniques with which societies address and process insecurities. Such practices are by no means completely oriented towards avoiding or absorbing uncertainty and insecurity. Rather, strategies for producing and absorbing insecurity exist interdependently and in parallel to one another. The associated erosion of the boundaries of uncertainty implies that the close relationship between the terms 'insecurity' and 'crisis' as the analytical focus of research must, as a whole, be critically examined.

Diagnostically, the term 'crisis' has thus far been used to discuss a specifically modern aspect of uncertainty. The term 'figurations of uncertainty', by contrast, is intended to indicate that the rhetoric of 'the' crisis of modernity no longer captures contemporary experiences and configurations. Rather, today’s world is increasingly marked by ubiquitous uncertainty, and its performance and consequences affect people, groups and societies, organizations and fields of activity, norms and rules, and social and political orders alike.

The corona-related crisis represents a new form of insecurity for many people. The members of the research group are currently addressing this exceptional situation in blog entries. The page will be continuously updated. To the blog

Overview of all researchers in the research group

Information about upcoming and past events

The latest information about the research group’s work 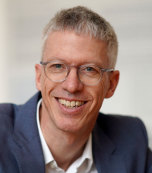 Head of the research group

Chair of Sociology II - Sociological Diagnosis of the Present 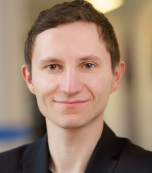